It has been about a week since Sketch Hunt was featured on Product Hunt on Saturday morning of May 2nd. This was definitely an amazing boon for a fledgling site, as you’ll see below.

I launched Sketch Hunt as an experiment on April 14th with no special efforts to promote it, other than some personal tweets and links on this site. Therefore, Sketch Hunt had very little traffic in its first week of being live. On May 1st, Designer News linked to Sketch Hunt and a this caused a notable boost in traffic. However, the exposure on Product Hunt clearly provided a huge relative increase in attention.

In addition to the surge in traffic, over 100 people have used Social Sign-in to create subscriber accounts that allow them to upvote on the site. Sketch Hunt has also received many suggestions for new resource additions – from both members and anonymous requestors. 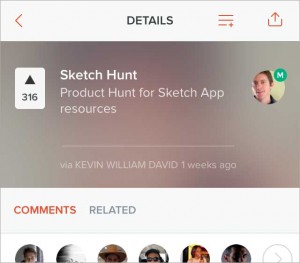 Sketch Hunt has gotten over 300 upvotes on Product Hunt

The Twitter profile for the site (@SketchHunt) is also gaining some audience. I’ve been using this profile, as well my personal one (@jydesign), to promote the Product Hunt exposure and share website updates along with other Sketch App related content. I’ve also had some fun exchanges about Sketch Hunt with people around the world via both accounts – which is why I love Twitter.

I’m encouraged by the amount of interest that was generated by Product Hunt’s feature. Although daily traffic has been easing down to more realistic levels, I plan to keep adding fresh content daily and hope people continue to engage with the site.

Thanks again to Product Hunt and everyone who has taken the time to visit Sketch Hunt. Please keep the suggestions coming.

See more on my blog 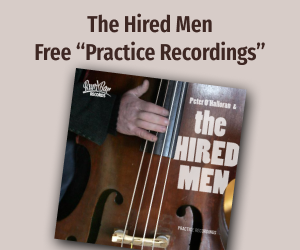